Prayer: Text Bridge Church then your prayer to 60777 admin@thebridgechurch.online 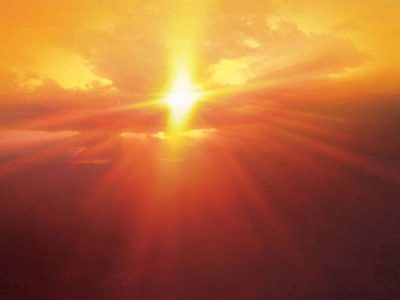 The resurrection of Jesus is the bedrock of our hope as Christians. if Jesus was not raised, if Jesus is not alive, if Jesus is still in the grave, then our preaching is useless, the word of God has no power, truth no longer has any meaning, Jesus was a liar, God cannot be known, and our faith is foolish and futile, and we are to be pitied more than all people for wasting our lives on this stuff!! (1 Corinthians 15:14, 19)

But Christ has indeed been raised (1 Cor 15:20), and the evidence for the reality of the resurrection of Jesus, upon which our hope is based, is substantial;

7 reasons you can believe in the resurrection of Jesus.

And remember if Jesus has defeated the grave, then He is the only one qualified and able to bring you safely through also.

This is a historically conclusive fact, no sane person would deny the existence of Jesus, as a real, living, historical figure. He lived, that’s a fact, so we’ve got to do something with the claim of his death and resurrection.

Some people try to claim that Jesus was not completely dead when he was taken down from the cross. Maybe he revived in the tomb and then escaped to convince his disciples he had risen from the dead.

However, the extent of Jesus’ tortures was such that he could never have survived the crucifixion and entombment, impossible.

He underwent a sleepless night of trials and beatings that left him exhausted before that fateful day. He was whipped and flogged almost to the point of death itself (the Bible prophesies that Jesus would be beaten beyond recognition, Isaiah 52:14). He was so battered and exhausted that someone else had to carry his cross, He was crucified (nailed through hands and feet to a wooden cross) enduring the heat of the day for hours, until a professional executioner declared him dead (this would have been a guy who knows a dead guy when he see’s one).

A spear was thrust through his side and a mixture of blood and water poured out of his side because the spear burst his heart sac (and blood and water is a sign that the heart has stopped), he was then taken down from the cross and wrapped tightly in linen cloth before being placed in a cold tomb carved out of rock, sealed and secure for three days without food, water, or medical attention.

Jesus died! There was no apparent death about it.

He was buried, and his place of burial was not a secret. Joseph who owned the tomb, governmental leaders and their soldiers who were assigned to guard the tomb, and the disciples and women who visited the tomb and found it empty, all knew exactly where Jesus’ dead body was laid to rest. Had Jesus not risen from death, it would have been very easy to prove it by opening the tomb and presenting Jesus’ dead body as evidence.

If the proclamation of Jesus’ resurrection were false (so you’ve got people going around days, weeks and months after Jesus public death on the cross in Jerusalem, saying, “He’s alive, he has risen, he is well, we have seen him and touched him and spoke with him, ate with him, he is alive”);

If that claim were false, all the Jewish authorities would have had to do to nip this Christian heresy in the bud would have been to point to his tomb or bring out the corpse of Jesus and parade it through the streets of the city for all to see (“what these men are saying is false, look, here’s his body”). If the tomb had not been empty, then it would have been impossible for the disciples to proclaim the resurrection of Jesus in Jerusalem as they did. They would have been shot down and exposed in no time at all.

So if Jesus wasn’t resurrected then you need another explanation as to why the tomb was empty; the most common of which is that the disciples stole the body away, but as we will see in a moment, even if they did manage under the cover of darkness to get past the guards and steal the body, that doesn’t explain why they gave their lives to spread the message of the resurrection as the hope of the world, if in fact they knew it was a lie?

5. Jesus appeared to many people, alive and well.

There were many eyewitnesses to the risen Jesus, Peter, the twelve, over 500 brothers at the same time (that’s no hallucination), James, the apostles, and also to Paul, who was Saul of Tarsus, a persecutor and bitter enemy of the church. (1 Cor 15:5-8)

The conviction of the earliest disciples, women and believers was that Jesus rose gloriously and triumphantly from the grave, alive and well, not as one who had managed to barely escape death and was still desperately in need of medical attention. No one ran to get a doctor when they saw the risen Lord Jesus. No, Jesus was risen, powerfully, victoriously, physically, alive and well.

6. The change in the lives of those who saw the risen Jesus.

No theory can adequately explain the reason why those closest to the event were transformed unrecognisably from weak, ashamed, afraid, confused cowards into an unstoppable and unshakable, bold and courageous life changing force – called the church of Jesus Christ. A church which was ready and willing to suffer for what they proclaimed.

No other reason except that Jesus Christ actually did rise from the dead and appear physically and indisputably to so many people could account for such change. They knew something, they’d seen something.

7. The passionate preaching of the gospel;

Of course, if there had been visible and tangible benefits accompanying their efforts; such as prestige and wealth and social status, then we might account for their devotion and purpose. But what we see is quite different; for most, the reward for their wholehearted and devoted allegiance to this risen Jesus, was that they were ridiculed, rejected, beaten, stoned, imprisoned, thrown to lions, tortured, crucified, and subjected to every conceivable method that people could use to stop them from talking about Jesus.

Yet, they were the most peaceful of men who physically forced their beliefs on no one, rather laid down their lives as their ultimate proof of their complete confidence in the truth of their message.

Jesus is alive– this is historical fact, this is what Jesus was preparing His disciples for when He spoke to them less than 24 hours before his death.

And He had already predicted His death and resurrection many times before; Mark 9 v 31‘The Son of Man is going to be betrayed into the hands of men. They will kill Him, and after three days he will rise’

And we don’t speak about this hope and the joy of what awaits us just to keep our Spirit’s up. But we speak about it because it’s true, Jesus is alive, He has defeated death, and that victory is also our victory, one day we will be raised like Him, with a living, breathing, glorious body, never again to be subject to sin, pain, sickness, sadness, decay or death, and that means this present life is not my lot, this is temporary, this is momentary, there is a greater glory that awaits, and Jesus is proof of that.

‘I have told you these things, so that in me you may have peace. In this world you will have trouble. But take heart I have overcome the world.’(John 16:33)

In Christ you’ll never be on your own, not in life, nor in death, your faith is not in some dead guy, or some man made philosophy or religion, your faith is in a living, loving, victorious Saviour, and His Name is Jesus.

We are Bridge Church!

It is an amazing adventure to step out in faith and offer the hope and healing of Christ. We believe in transformation of the whole person, physically, emotionally and spiritually. Whether it is in our own backyard or the other side of the planet.